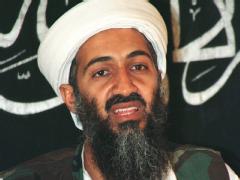 Al-Qaeda leader Osama Bin Laden has been killed by US forces in Pakistan. A Special forces unit lead by Chuck Norris shot and killed Bin Laden in a fire fight outside of Islamabad.

According to ground forces on the scene the unit fought their way through a heavily defended compound to find Bin Laden  handcuffed to a bed dressed in ladies underwear as a young boy inserted gerbils into his anus via a plastic tube. "He was groaning so much that he didn't even noticed my team with their camera phones" said Chuck Norris who lead the assault.

When Bin Laden  did noticed the rugged features of death by his bed he begged for his life and started to cry but was cut short by a witty one liner by Norris and then Norris' fists of revenge followed by two shots to the chest.

The body was then taken into custody to be officially identified, broken up and sold on EBay. 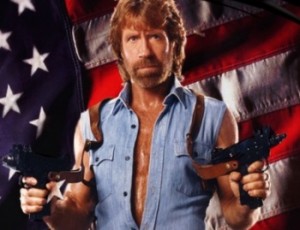 Norris later said, "This is a great day for justice and my movie career, God bless America!" he quietly added, "someday I hope to get the horrible image of him with that tube up his butt out of my head but until it will haunt my every waking hour."
Posted by The Oracle at 02:48 No comments:

Gaddafi The Voice Of Reason 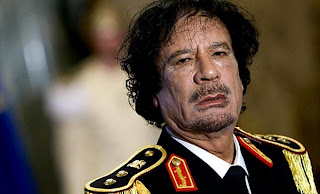 Col Gaddafi said he was ready to talk to the US, UK and France if they stopped the air strikes and gave him a chance to get his troops to safety.
In a speech early on Saturday, Col Gaddafi called for a ceasefire, negotiations and maybe the West to surrender to him or else .

"We were the first to welcome a ceasefire and we were the first to accept a ceasefire... but the Crusader Nato attack has not stopped," he said. "The front door to peace is open and the back door is open to poop. We need to pull open the front door and now bust in the back door. Do not forget the window of compensation that opens both ways and the cat flap of oil drilling deals."

Col Gaddafi denounced the rebels as foreign terrorists and then went on to clear up that being a terrorist wasn't bad but being foreign was.

"I have no official functions to give up - I will not leave my country and will have all of my soldiers fight to the death, no matter how bloody or how much pain they suffer. " he vowed.

"We need to see not words but actions," one said. "The regime has announced ceasefires several times before and continued attacking cities and civilians. The rebels are young, fresh and now, very happening. Col Gaddafi must see that he is no longer relevant. A man that has been in power for over 40 years and is still a Colonel, we need someone with more drive and ambition for the job... not that we are Empire building of course. "
Posted by The Oracle at 14:06 No comments: 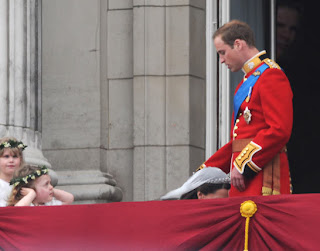 The royal wedding between Prince William and Miss Catherine Middleton was a fairy tale event marred only when footballer and poser David Beckham wore his Order of the British Empire medal on his right lapel instead of his left. Sir John Sawers the Chief of the Secret Intelligence service is said to have cornered Becks giving him the once over avoiding his pretty face then after that the medal put in its correct place on the left. 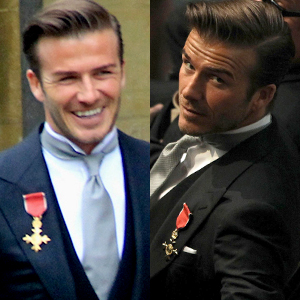 The wedding ceremony took 14 hours in total then it was off to the balcony for the royal BJ and Snow ball kiss viewed around the world by millions. 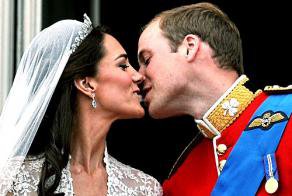 English tradition dictates that the most horrible looking children in the nation must observe the act to see if the future potential King has the stamina to stay firm and royal. William sure showed just what he is made of.
Later in the evening after the marriage was consummated the honeymoon sheets were put on display. There was no virginal blood stains which lead the royal seers to declare a bad omen onto the country. Also some people including Nicolas Cage have claimed to have seen the face of the Devil in some of the wedding photographs.
Posted by The Oracle at 13:45 No comments:

A Stern Warning For Parents 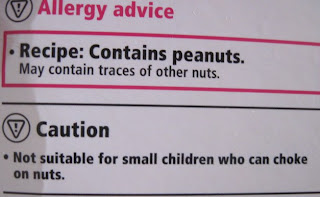 Cereal box manufacturers have shown support for Pedohilia by suggesting that children should merely stay away from their cereals or they will choke on nuts. Parental groups across the country are outraged and will be taking the matter up with the Childrens Rights And Protection group. The spokesperson for CRAP refused to make a comment.
Posted by The Oracle at 04:17 No comments: